Micky Girardi is a native New Englander, having grown up on the coastline of Connecticut. In 2005 he moved to Hilton Head and fell in love with the unique landscapes the Lowcountry had to offer. He purchased his first medium format camera in 2010 and began photographing the southeastern coast.

Girardi shoots in black and white because it provides a unique set of challenges. It relies on subject matter, form and layout rather than color, which challenges the viewer to pause and look deeper into the image to see the beauty and mystique within.

All of Girardi's images are captured using 120mm film, which not only attribute to his vintage looking style, but is an important factor in his artistic process. He feels there is a certain art to not only capturing light on a negative, but being able to create a final product from the tangible.

Girardi's photographs can be found in private and corporate collections throughout the East Coast, as well as several retailers and art galleries. Girardi was recently awarded an Artist in Residence at Big Cypress National Preserve in Florida by the US National Park Service, which he will attend in May of 2014.

Ghost of a Cotton King 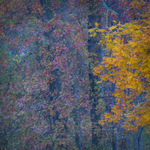 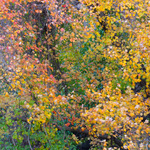 New in the gallery!

On Wing - by David Simpson